DeWalt have been making power tools since 1924 when they were incorporated over in Pennsylvania. Their first ever power tool was an electric woodworking machine which they named the DeWalt wonder worker.

Ever since that day DeWalt have been producing high quality power tools for all different types of work and are popular with professional tradesmen and DIY enthusiasts alike. 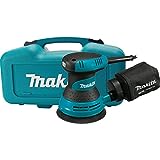 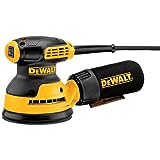 When we reviewed the top rated orbital sanders from Dewalt we found that every one was well made, a pleasure to use and invariably came with some accessory or another.