Black and Decker, originally founded in Maryland, are now a globally recognized brand and have several notable achievements to back that up including their the invention of the first portable electric drill with pistol grip and trigger switch.

When we reviewed several orbital sanders that were produced by Black & Decker we found their tools to be simple but effective. When you look at an orbital sander made by this company, it looks pretty standard, nothing too fancy but when you use it, its always a pleasure to work with. This really stood out to us when reviewing the BDERO100 for example – its refreshing to see a power tool that doesn’t try to be fancy, it doesn’t have loads of un-required features, it just works – it does what it says on the tin, as the saying goes. 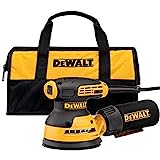 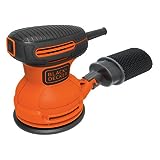 Check out some of the Black and Decker orbital sanders that we reviewed below.